I am a senior software engineer. Most of my professional experience has been as an iOS developer, but I also have worked on backend and web-frontend components. I’m also passionate about functional programming languages.

Some of my professional interests are as follows:

I also have a PhD in philosophy. For my thesis I did research on formal logic, which has some connections to programming language theory and database theory. 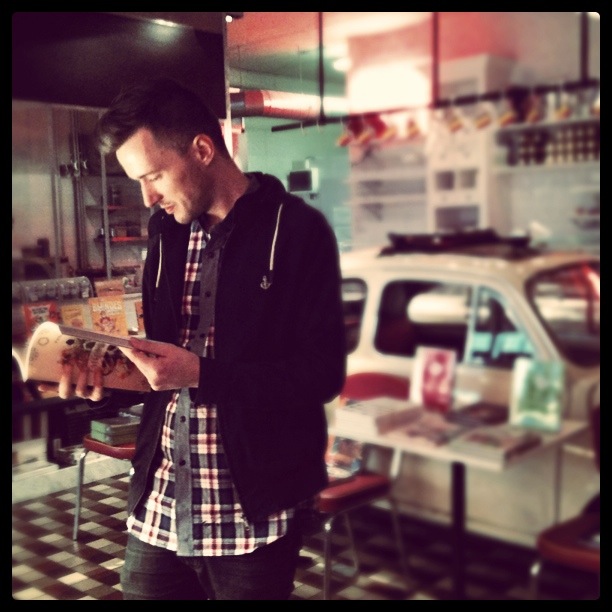 I have been passionate about computers and programming since I was a teenager. In high school I even graduated with a specialisation in computer studies. I ended up studying philosophy in university, however, and even went on to do a PhD in philosophy. As a graduate student I did research on logic and proof systems, a topic that is at an intersection of philosophy and computer science.

When I finished my PhD I decided not to pursue a career in academia. Instead I first attended Hacker School to prepare myself for a career switch. Following Hacker School I traveled in South East Asia as I taught myself iOS programming. Hype Alarm is one iPhone app that I created in that period. Following my travels I accepted jobs in Saigon (RingMD) and Singapore (MyDoc, Grab, Standard Chartered).

Occasionally I work on open source projects. See GitHub to see some of the projects I started.

I consider myself a generalist programmer and I am most comfortable with the languages Swift, Objective-C, Haskell, Idris, and Clojure.

In January 2014 I graduated from a PhD program in philosophy. For my PhD thesis I developed tableau-based proof systems for dynamic modal logics. The Clojure implementation of my theorem prover for public announcement logic is available here.